Finally, Elon Musk is the owner of Twitter. On the first day after the takeover, Twitter has already gone through some major changes. If you are thinking what’s the big deal, then here is a reminder that tech giants work for profit and control, and not to make the world a better place. Not that I consider previous CEO of Twitter to be good, but the takeover by Musk may have made people more receptive towards the ideas I am going to discuss.

This is a problem of centralization

The takeover of Twitter is a classic problem with centralized services. A centralized service might be good today, but it may get compromised in future due to such takeovers. An example is Facebook acquiring WhatsApp which led to Facebook being almost a monopoly in messaging services. The dictator of such a service will drive the policies according to what they want, not necessarily aligning with what users want. Further, when such centralized services are used by a large number of people, a big chunk of world communications go through one company, giving such a company enormous control over the people. Users do not have any decision-making power for the services, and after years of building a profile, they hesitate to delete their account due to losing their followers and medium of contact with friends. That means they get tied to the service and have a hard time coming out.

Facebook’s outage last year is a good reminder of one of the many consequences of depending on centralized services.

Fediverse is NOT another company or a startup, rather a community made project.

Fediverse is a decentralized social network, where users using different services can follow, boost posts, and communicate with each other, similar to how users with accounts on different email providers can email each other. Different services on Fediverse have different policies, so you can choose a service which suits your needs. Anyone can self host their instance of Fediverse, or pay someone to host for them(just like any task in the world). There is no single company or person who owns Fediverse, rather different instances have different admins, usually running service in their free time, so don’t forget to send them a donation if you like the service. Fediverse users do not get tied to a particular service, as when they change their service providers, they can migrate their friends and followers, so they don’t need to start from scratch again.

Each service on Fediverse is free software which means you can add features youself as well. For example, let’s say Mastodon does not have a feature and you would like to add it, then you have the ability to run your modififed version of Mastodon on your server as well. You can pay someone to add that feature too, or you can collaborate with others who like the same feature and colectively crowdfund to add that feature. 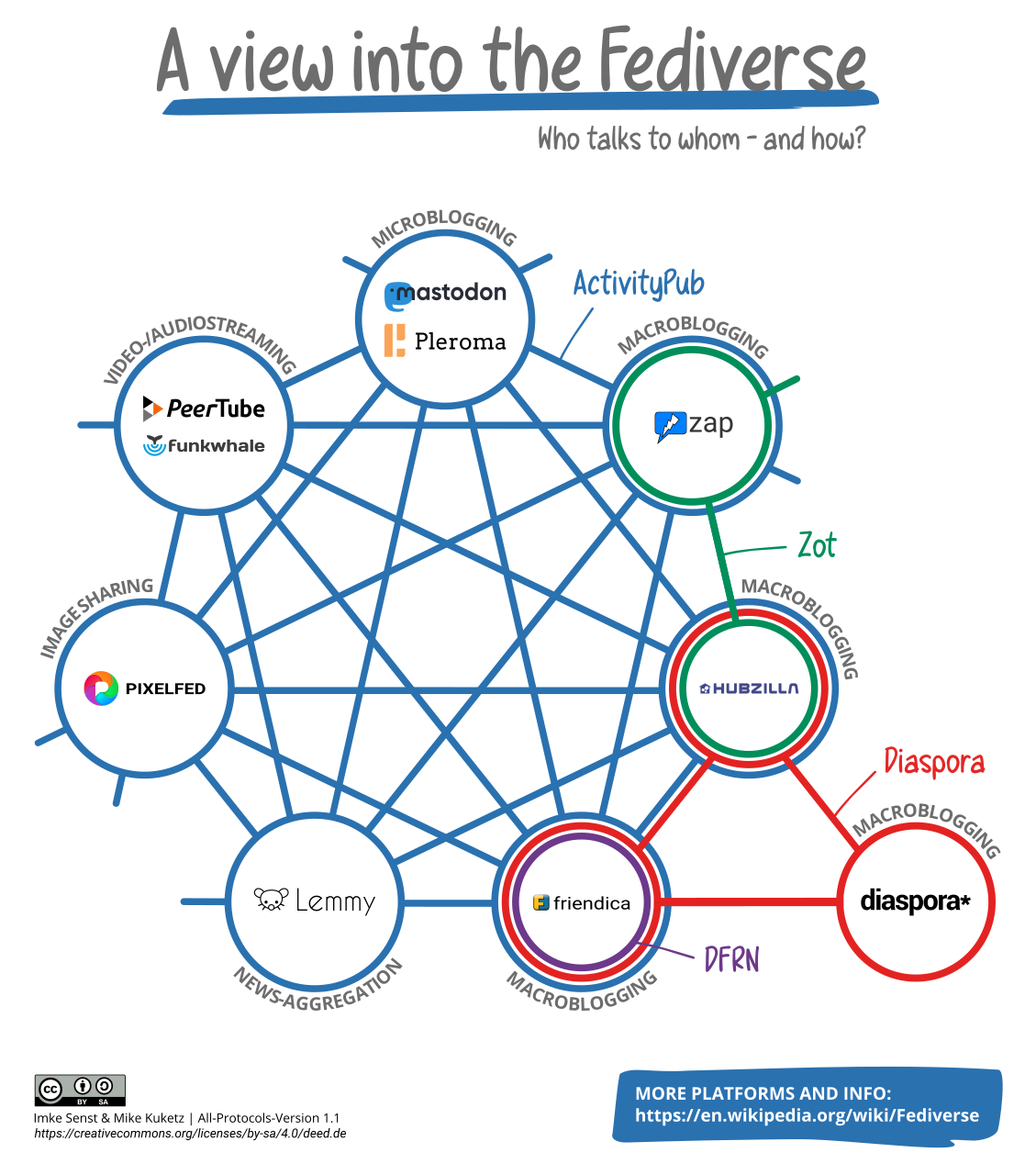 You can learn more about Fediverse here. Plus, this is a good unofficial guide to get started. We need to fight for our freedom. You can take a step by deleting your Twitter account, or just trying out Fediverse and bring your friends on Fediverse to reduce your dependence on Twitter, Facebook and Instagram. I suggest major organizations (which usually have resources) to switch to Fediverse, which will raise awareness about it to their users. If they don’t feel like deleting their Twitter account, Fediverse can reduce their dependence on it and, hopefully, more users will join.

My profile on Fediverse is here. Feel free to connect.

For further reading on this topic, check out this blog post by Free Software Community of India.